EYE ON ASTROLOGY 2017: The Year of  HEMALAMBIN: Vedic Annual Chart

Whereas western culture delights in January New Year predictions, the Vedic New Year calendar is often run for the new Moon in March after the spring solstice for the capital city of a country. This year it falls on the night of March 27th in the US and the morning of March 28th in India . Each year is named after a Vedic deity and 2017 is the Year of Hemalambin. The last time Hemalambin  was the ruling deity was the spring of 1957 to winter 1958.

There at 60 years in a cycle.  Samvatsara is a Sanskrit term for “year”. In Hindu tradition, there are 60 Samvatsaras, each of which has a name. Once all 60 samvatsaras are over, the cycle starts over again. The sixty Samvatsaras are divided into 3 groups of 20 Samvatsaras each. The first 20 from Prabhava to Vyaya are attributed to Brahma. The next 20 from Sarvajit to Parabhava to Vishnu & the last 20 to Shiva. The famous Gann 60 year cycle was derived from the way that time is divided in the Vedic Calendar.

There are 60 deities governing each year and they rotate and are connected to the transits of Saturn and Jupiter and so 1957-58 was a bit like Jupiter in Virgo and Saturn in Scorpio and it is not an exact match because Saturn will not retrograde into Scorpio until June-November and Jupiter is only until Virgo into September.

If you were born from the spring of 1957 to the winter of 1958, the ancient texts say that the native is endowed with horse, means of conveyance which is costly, of high speed and four wheeled, gold, clothes, wealth and grains and gems. He has the happiness of having a good wife and sons and he has the tendency of collecting all kinds of material things (for comfort and convenience).  So the diety of the year is about material abundance and family life and Jupiter in the constellation of Chitra echoes that material theme for the New Year chart.  One might also  think it would be a good year for the automotive industry based on this description but it seems a bit on edge at the moment but maybe this will be the year they get the bugs out of those self-driving cars and those stocks really take off.

The Hindi word ‘Hema’ is the synonym of ‘Suwarana’ or gold. Such natives are generally seekers of comfort and happiness. They have materialistic point of view and are very successful in worldly matters. They proceed towards prosperity right from their young age. They have the tendency to bring to their homes even the costliest of things. They regard their own comfort and happiness as of prime importance. Such a person is respected in society only due to his prosperity or richness. Otherwise he is very miserly. Such a person is of little use to anyone when his help is needed or when an occasion to help others arrives.

This ancient sloka suggests a very material year and one of greed and selfishness and given the political atmosphere of a Republican Congress, this does not bode well.  We do not see gold taking off right away this year but we are more optimistic that will return to power and the rule of the year seems to indicate as much with Hema being a synonym for gold.  Watch July/August when gold traditionally bottoms and takes off.

I like to look at parallel to 1957-8 and 1897-8 in history to see what kind of themes might come up but each new year ruler and placement is different. Still in looking at the last two 60 year cycles, the themes of automobiles, gold and technology and infrastructure do come up as suggested by past events.  That does mean placing gold on the radar this year for investment and automotive industries that look promising as well for new technology and rebuilding infrastructure. All in all material years.  Here are some past historical events:

If you are interested in our financial forecasts, get a trial at www.commoditytimers.com

or take our financial astrology video classes at www.appliedvedicastrology.com  and click on the Financial Astrology tab. 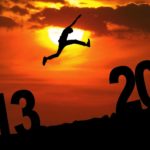