EYE ON THE SKY: URANUS INTO ARIES: THE FIRE OF SURPRISE

For Mundane astrology, the outer planets are very significant and in thirty years of charting them, they cannot be ignored by Vedic astrologers. Uranus, the planet of surprises is now in the karmic knotted area called the Gandata between 27 Pisces and 3 Aries. It moves into the fire sign of Aries on April 7th and does not get beyond 3.20 Aries until June 21st  and then it retrogrades back through the gandanta in the fall and winter.   This time it will  not go back into Pisces and it will stay in Aries for 7 years.

Uranus is a planet that embodies the Chinese curse: “May you live an interesting life.” Uranus brings genius, but its “standard bearers” (Edison, Watts, etc.) seldom succeed at higher learning – often, Uranus-ruled people have a hard time in university, though the IQ be 200 or 300! Uranus rules revolutionary actions and humanitarian work and given the that the transit is happening going into the presidential conventions, one would expect even more eruptions. It hopes to for great social change but in the war-like sign of Aries, that may mean even more violence.

Aries rules war, assertiveness, new growth, exploration, armies, fire, explosions, machinery/engines so it would seem that military technology will get a huge boost over the next 7 years—and that is not something we need more of.   Clear with Trumps 54 billion increase in the military budget, that Defense stocks are good place to park money and the military industrial complex makes sure they get used. With the US in  a Rahu major period, also related to technology, it is clear that Nasdaq, which is leading the market higher is still a long-term investment even if it has a correction June-October of this year.  We wonder if the car that drives itself, that is currently going through massive testing, will become a part of all our lives with this transit.

Last June’s shock with Brexit came just after Uranus went into Aries. The transits during the vote were messy with Mars very weak making people angry, Venus combust and too close to the Sun still creating great emotional impact and Jupiter conjunct Rahu with a degree and Uranus a few days from going into Aries. I find that people are more emotionally charged with so many planets whacked. We do have a bunch of key European votes coming in France with an election decision on May 7th and Italy is on the back-burner making decisions about new elections and Uranus, the planet of revolution is more likely to swing voters into action against the norm.

On Oct. 19, 1987, when the US stock market had a huge crash, Uranus was in the gandanta, the karmic junction between the water sign of Scorpio and the fire sign of Sagittarius. On Oct. 19th, 1987 when the DOW crashed over 500 points and a very huge percentage for that era, it was a 0.0 Sagittarius. On June 27th, Uranus will be at 0.00 Aries again in another karmic junction point. We are not predicting an April crash but a surprise correction after NQ cash hits 5500 or 5550 would make sense with Mercury conjunct Uranus on March 6th as it gets ready to go into Aries, a more bearish air sign.

The EU is a total failure. This federalization of Europe is a deliberate utopia for politicians with high paying jobs, tax exemptions, and the people have no possible ability to ever vote for a policy change. This is the most anti-democratic structure ever thought of in Western culture.
If the oligarchy continues to get away with their power games, the Saturn/Pluto/Ketu/Jupiter conjunction into 2020 is going to definite force a major confrontation between democracy and government and power mongers who are out of control. For this year and a bit more, it would seem the shadow government wills stay in control. Maybe finally Uranus fully in Aries, will allow larger change as we saw from 1933-1940 but it may only ultimately rebalance with another war. Lets hope consciousness can rise enough so that suffering does not have to repeat.

Get a 2 week trial of Fortucast Market Timing Financials to stay on top of our latest thinking and trading strategies. Visit www.commoditytimers.com or email us at support@fortucast.com. Or take our  webinars in 4 Modules  on Financial Astrology available in home study course format with Modules 1 and 2 now only 695.00.  Like us on Facebook at  Financial Astrology by Barry Rosen and visit www.appliedvedicastrology.com
to sign up for a reading. 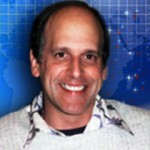