EYE ON THE SKY:  DEALING WITH BIG CHANGES

While July has been smooth with Venus in Taurus until July 26th  and Jupiter exalted in the D-9 chart til August 4th, the winds of change are coming. Venus will still be happy in a friend’s sign of Gemini and promote creative writing and artistic expression July 26-August 20th.  Still August/September/October seem to be the more difficult months of they year and will push us to make big changes in our life.

We noted in an earlier article that the nodes are changing signs in the true node system by Sept. 10th and then earlier in the mean node system in late August and that being at the end of the signs is stirring up the winds of change around relationship because of the signs and constellations involved. Moreover,  Venus opposing Saturn into July 24th may create desires for changing relationship this weekend as Saturn will create grumbling and criticism.  The real crisis in relationship energy every year is when Venus goes into Virgo and this year it is late Oct. 10-Nov 2nd.   Be aware of the forces in the planets but get professional counseling help. Saturn at the end of Scorpio and very strong in August going retrograde/direct into August 25th will increase the desire for changes but will change really solve the problem?   Karmically we just have to work it out like Bill Murray in Ground Hog Day and be a better partner and do a better job.

The nodes moves into Cancer/Capricorn in the Mean node system on August 18th and in the True Node system on Sept. 10th and that transition every 1.5 year changes the desire of our focus.  Whatever house Cancer is connected in your chart will create a strong new desire emphasis. For Scorpio rising, is it is a 9th house transit which will stir up rebellion toward teachers and Gurus and religious figures.  For Libras it is a 10th house transit and will support recognition in career.  We will write a guide to the transit in late August but just know that when the nodes change every year and half, they bring the winds of change.

Jupiter will leave Virgo on on Sept. 12th and move into Libra for 13 months into Oct. 10th, 2018.  Jupiter brings luck and good fortune into the new signs that it is moving into and then it will be aspecting the air signs of Aquarius, Aries and Gemini and will bring out new support in your charts.  Each rising sign will react differently to the changes.

Saturn will go direct on August 25th and stay in Scorpio until Oct. 27th.  The 10 days before and after  Saturn direct is often very intense and can whip up deep suffering and deep desire for change so watch the period between August 15th-Sept. 5th.

Finally we have two eclipses in August with a lunar eclipse at 23 Capricorn and a Total Solar Eclipse on August 21st at 5 degrees Leo.   Eclipses can have an impact weeks before and months afterwards and they also stir up a desire for change.  As my friend and colleague Juliana Swanson notes:

Around eclipses, a new awareness often emerges about a change that is needed; for example, perhaps there is something that is no longer serving our best interest in life, which may even be blocking our success and well-being, which needs to be eliminated or transformed. Another way to think of eclipses is that they figuratively “clear the air,” and are thus akin to rebooting a computer that goes haywire, so they often offer the potential for release, reorganization, and fresh new beginnings.

Mercury goes retrograde in Leo,  August 12-Sept. 5th and that will also impact decision-making so that is a reminder that all the stirring of the pot will not have clarity and support for so waiting until early September to make major decisions will be important.

So with all these forces happening in August-October, it would be easy to expect restlessness, desire for change. It will have different impacts. For some it will create a desire to move, for others a desire to change relationships and for others a desire to change career.  The impact will depend on the cycles you are running and the houses impacting. Transits are triggers and only have an 20% impact but the mind will be stirred to make big changes.   Look within and decide if they are justified or is it just restlessness.  Will the change really make a difference in your life or will you change into the same patterns in a new place or job or relationship.  Remember, wherever you go, there you are.  Be patient around changes until at least mid-September when most of the more difficult energy has lifted and there is more clarity.

Here to help before all of this energy gets stirred up.  Sign up for a reading at www.appliedvedicastrology.com under the Request tab.   Have an exciting end of the summer! 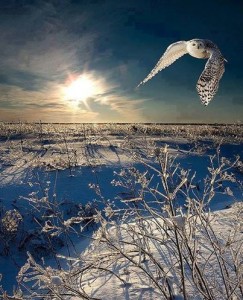