EYE ON THE SKY:  MARS WITH A SPIRITUAL FIRE

Mars is in a tight conjunction with the Sun within two degrees until the end of the month with an exact conjunction into July 26th.  Today is Tuesday, ruled by Mars, so the impact will be felt mostly today.  If you are tired, take extra rest.  If your adrenals need support, go for the frog pose rather than some coffee which will more quickly burn out the adrenals.  Even if you cannot get your knee on your forearms, just moving into the pose and leaning into it will stimulate the adrenals. 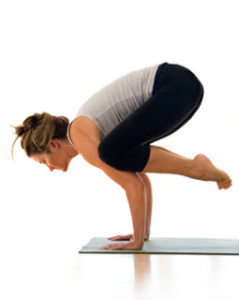 Fighting energy is strong and you will stand up against anyone and not give way.  This can be a problem at work if you are not the boss.  The aspect can give great physical energy and can allow you to work hard and have high energy but you have to avoid being reckless in order to avoid accidents or injuries. Not a good day to feel reckless while driving and watch out for the other guy.  The Warrior pose will stimulate the 3rd eye for more alertness overall. 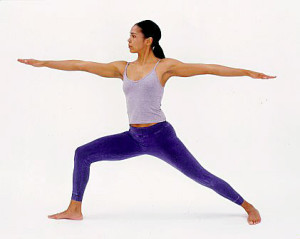 I learn a lot from my Western astrological friends. While combustion is one of the most damaging things for a planet in Vedic astrology,   it turns out total combustion within the last degree is a blessing.  So July 25-27th, Mars will actually be very strong.

The exact conjunction of the Sun with Mars on July 26th at 8:57 pm EDT so Tuesday and Wednesday could be strong and powerful if you are Aries rising or Scorpio rising.   This exact conjunction is  called cazimi and comes from medieval astrology and it used to refer to planets that are so close to a conjunction with the Sun that they are “in the heart” of the Sun.  It is happening in the sign of Pushya so deep spirituality for the warrior planet will happen and so good time for meditation and a spiritual quest and adventure.  When Mars gets too close to the Sun, the Divine energy of the Sun spiritualizes Mars and activates its quest for Divine Union so good day for extra meditation.

Planets on top of the Sun   actually become energized by the Sun and their most positive qualities come out. An example of cazimi is Oprah Winfrey who has a cazimi Venus in her natal chart; it has made her an incredible star to women and brought out her acting and relationship abilities with the public to a pinnacle. Venus  Cazimi should be a great day for creativity, artistic development and love.   With Mars, it may bring out strong initiative, stamina, strength, success in competition and male prowess.

Still before the focal point next Wednesday, it may seem intense.  If you find yourself getting into angry shouting matches with your spouse or partner or boss, pullback, get some extra exercise, scream it out in the car alone or drink lots of coconut milk that calms the fire.  The intensity of this situation is not going to lift probably until after July 31st  when there is a bit more separation of the aspects but not completely over until after September.

I find that there are always Yoga poses that we can do to strengthen the chakras, calm the emotions and help the psychology.  There are three basic poses for every planet and if they are done in the direction o the planet (the Vastu of Yoga) then the poses are more powerful.  Learn about this system in my Astro-Yoga videotape.   Originally offered live for 100.00. Now on videotape for 29.95 til August 1st.