EYE ON THE SKY: VENUS RETROGRADE

Venus is getting ready this week to slow and to go retrograde on Sunday and it will be very powerful in it’s friend’s sign of Capricorn.   It  turns  retrograde on Sunday, Dec. 19th in the sign  at 2 degrees. It retrogrades back into Sagittarius Dec. 29-Feb 26th.  If you have an key points like the Moon or the Ascendant or at 2 Capricorn, you will feel the station more powerfully.        Venus retrogrades only happens every one and half to  two years.   Venus is combust Jan. 3-13 2022 which means it is not visible in the night sky as it’s rays are obscured by the Sun.      Combust retrograde planets like Mercury and Venus are not considered to be a problem in transit.    Retrograde benefics are more powerful to do good and this will particularly impact Libra, Taurus, Aquarius and Capricorn in a positive way.

Starting in January, Venus’s long connection with Jupiter by sign transit can be expansive for love and spending, artistic creativity, enjoyment of good clothing and foods and being positive bout life and enjoy travel and increase sexual activity.   It should continue to fuel inflation which will peak in the US in April with the Jupiter/Neptune conjunction but will not go away with the long transit of Jupiter in Pisces.   When Venus get’s close to the Sun during the combustion it may be lead to excessive spending and superficial love and being careless about investments.

If you were born with Venus retrograde in your natal chart, you might not fit into mainstream relationships, or have an unusual interest in love. Sometimes people with Venus retrograde in their birth charts.   become celibates or sometimes swingers.It  can create frigidity and sometimes alternative sexual preferences.   In transit it often leads to revaluating one’s love interested.   In the end, the retrograde energy may lead to increase sexual activity as a result of not feeling loved enough and then seeking it out in strange ways.  Sometimes Venus retrogrades can challenge traditional models of marriage or partnering or increase attraction to the same sex with women. 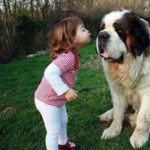 Venus retrograde in transit may suddenly force you to reevaluate your love life or lead to angry flare-ups around the combustion at in January. . It can reverse the norm so if you were not interested in relationship, the retrograde might spin you to suddenly craving one and vice-versa.

This is all happening in the sign of Sagittarius where belief structures and spirituality are judicial energies are strong so the Supreme Court’s Decision in Janaury about Roe vs. Wade with regard to Mississippi abortion rules may come to an angry head.

NEED HELP DECIDING YOUR FUTURE OR GETTING THROUGH DIFFICULT TIMES WITH REMEDIES?