Mars goes into its friend’s house, Pisces on Jan. 2oth and stays there for about 6 weeks.  We discussed Mars in transition yesterday through Monday and by Tuesday it enters the constellation Uttarabhadrapada which comprises two bright stars in Pegasus and Andromeda.  Mars is a less afflicted than it has been in Aquarius but it will still be channeling Saturn’s energy from Jan. 24-Feb. 11th and because Saturn is not in a great space and afflicted, we think that the darker part of the transit will come across. As Mars moves toward the end of the sign into late Feb and is opposed by Jupiter the energy will pick up.  We will also have Venus moving within 5 degrees of Mars and that is also a mixed bag as benefic Venus will uplift Mars and create passion and enthusiasm but they are still bitter enemies in the same sign and will create sexual and relationship tensions.

In general, Mars in Pisces through Feb. 11th can create overspending, living too big and too fast, problems with children, staggered expansion, broken promises, zealousness.  Later in Feb, its brighter side will come out with this transit with is a braver outlook, generosity, devoted to ideals, and being an activist for legal causes.  Scorpio and Aries rising will be most affected Aries being more troubled by expenses and trips to foreign countries and Scorpio rising probably getting enriched by spiritual knowledge and new spiritual initiations.  Capricorn, Libra and Taurus rising actually may benefit most as it is a 3, 6 and 11th house transit from their rising signs.  Pisces and Virgos  will also be affected most by relationship and sexual tensions issues.

The constellation of Uttarbhadrapada which begins Jan. 24th  means “lucky feet and is connected to the funeral cot which denotes the exit from world and becomes connected with the wisdom of the 12th sign of the zodiac and its connection to Moksha or liberation but also to sleep.  The deity of this constellation is Ahir Bhudhanya, which translates to the “serpent of the depths” and is a fertility diety but also a kind of monster from the sea much like Neptune and is connected to the underworld.  Connected to Shiv, it destroys ignorance to prepare us to dissolve.

The energy of this constellation is that of the wise old man and it is connected to the planet Saturn and it never acts hastily but with Saturn weak in transit, we wonder if its more anxious nature will come out and create more anxiety and indecision with Mars in transit through there for 17 days.  Still it carries the influence of Jupiter and has a calming and serene and compassionate nature that will calm Mars’ fire.

The constellation is connected to responsibility but will it have trouble since Saturn is having trouble in transit.  Still this constellation is usually fortunate for making and handling money-which is not always something that we connect with Pisces.  On an esoteric level, it is connected to the crown chakra and represents the end of the journey of the kundalini energy moving toward liberation so one would think that it will promote meditation and calm Mars’ restless fire.

Mars transit through here can bring up courage to swing in the volatile waters of turbulent emotions and given Saturn moving with the gandanta and creating emotional upheaval, this probably best describes what lies ahead.  Will anger erupt from the Martian volcano or will the wisdom of Jupiter guide it through the trouble waters?  I suspect that this transit will be easier after Feb. 11th as Mars gets connected to Revati and closer to an aspect from Jupiter into late February.

We have reorganized our teaching schedule and now have 4 weeks on transits and aspects through Feb. 4th and you can still join and catch up on the last tape by video. See: https://www.appliedvedicastrology.com/products-2/timing-your-life/

Anyone with a basic knowledge of Vedic astrology can benefit. Tapes will be available for purchase afterwards also.

We have a new class starting Feb 12 which is Module 2 on Secrets of Timing Your Life on Dahas and have expanded that class to 5 lessons and you do not have to take the first course to register.  See information at : https://www.appliedvedicastrology.com/webinar-register/secrets-timing-life-2-planetary-periods-dashas-starts-feb-12th/.   That course has an early registration fee of 99.00 through Jan. 30th.

Have a great weekend and rest as Mars transits into a new sign on Friday.  Remember our forecasts are general and their impact will depend on your specific rising sign, period and what key factors our in your chart. 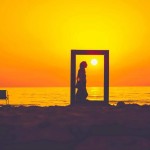