This is a much better week than last although the first few days of the week are more challenging with the moon still a bit out of sorts on Monday and early  Tuesday but moving toward conjunction with  the exalted Venus by noon on Tuesday but then dodging the angry Mars by Tuesday night.  Mars is in Saturn’s constellation and is channeling the frustrating and chaotic energy of Saturn that is not sure what it is doing in its new sign of Sagittarius and creating more anxiety and chaos than normal.  Tuesdays for a few more weeks are going to be a bit more frustrating, angry, hectic and scattered so use the really good days this week, Wednesay-Friday to do important things.

Wednesday-Friday are stellar as Mercury Day on Feb. 1st has Mercury squared by Jupiter almost exactly and they are still exchanging signs so peak of energy for wisdom, learning, teaching and writing although some rising signs do better than others with the exchange and they are enemies for many.  Thursday, ruled by Jupiter is marked by a very strong Jupiter  about to go stationary retrograde on Feb. 6th; stationary planets are most powerful and Jupiter is showing its power this Thursday. Friday, ruled by Venus has Venus exalted in Pisces but moving toward Mars within 5 degrees into Feb. 18th.  Watch squabbles with partners and turn the tensions into passion.

On Friday, Mercury is weak as it changes signs into Capricorn and we will write an article about this new transit later in the week as it gets closer.  Saturday, is a weak day  ruled by Saturn in transition so good time for extra rest, avoid running around and find ways to ground yourself with yoga and lots of quiet time.

Sunday, Feb. 5th, the Sun goes into the satvic constellation of Dhanishta for 13 days ruled by Mars,  which is powerful for music and business success and we will write more about this later in the week.

Finally on Monday, Feb. 6th, Jupiter goes stationary retrograde at 1:52 am eastern time and Jupiter station is very powerful and we wrote about this on Sunday so see that article.

Finally Wednesday is an auspicious day for new beginnings. My colleague, Juliana Swanson, from Astral Harmony wrote the following:

“If you have anything important you want to initiate coming up, we will have an abhuj muhurta (muhurat) on Wednesday, February 1, 2017. Abhuj muhurtas fall on just a few of the holiest days of the Vedic calendar, and because of deep energy movements that occur on these days, associated with ancient legends and astrological lore, they are considered to be fully auspicious for beginning any new important venture. “Abhuj” refers to something ever-lasting, so the abhuj muhurtas focus on the stability and durability of anything begun on this day. After this one, the next will be Akshaya Tritiya on April 28 or 29 depending on location.

The abhuj muhurta coming up this week is known as Vasant (Basant) or Shree Panchami, also called Saraswati Puja, which falls on the fifth tithi (lunar day) after New Moon in the month of Magha in the Vedic calendar (panchanga). This day celebrates a tremendous burst of new life force coming forth at the birth of springtime in India.”

So if you can stay out of politics and remember that this stuff is going to go on for a while and work on inner peace, you can have a pretty good week this week.

Final 2 days for a discount on my new class starting Feb, 12th ( but mostly running March 5-26) New Dimensions of Planetary Period timing on new ways of looking at dasha or planetary periods including an owners manual for surviving the major periods, timing on 5 levels, using Nakshatras for deeper insights into what will happen in your dashas and timing your life on 5 levels.  99.00 for 16 hours including 3 bonus video tapes on basic knowledge for timing dashas as well as looking at alternate dasha and there are 32 dashas outlined in the Vedic texts.

SECRETS OF TIMING YOUR LIFE 2: PLANETARY PERIODS AND DASHAS 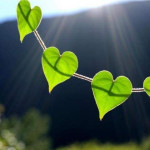