Lots of wonderful things this week and many challenges as the Sun stays strong and  connected to Jupiter  much of the week and continues optimism and Mercury gets uplifted by moving toward Venus but the dance of the fire sign continues so flare-ups of anger can erupt if they remain bottled up as the malefics are all in Ketu nakshatras which are know for releasing explosive anger at times.

Daylight savings time starts 2 am on March 12th so move your clocks forward.   The key is get to bed an hour earlier the first week otherwise you feel exhausted the whole week and that will take some discipline to do so. Usually by the end of the week you re-calibrate.

The Moon will be full in Leo on Sunday at 10:54 am.  If you are Scorpio or Pisces or Cancer rising, the full moon is particularly energizing whereas Aquarius and Capricorns have the most problems with it as ruler of the 6th and 7th house.  Many people dread full moons and they are often not auspicious for starting new events.   In the Leo/Aquarius axis, the full moon is trying to harmonize the needs in Leo for expressing one’s individuality and leadership qualities opposed to the needs of doing service work and helping society embodied in the sign of Aquarius.   For those of you who do volunteer work, you have to walk a balancing act between the “what about me” energy and giving to help others.  In the end, when we give more we feel better so at least donate to charity this weekend if you cannot get out and volunteer.

For me the highlight of the week is Saturn moving past 3.00 Sagittarius out of the gandanta or karmic drowning area into the Taurus section of Sagittarius  ( or D-9).  This happens on March 16th and continues until April 27th giving us a break from the heavy debilitation of Saturn that has been pushing hard work and suffering.   Pada 2  promotes more of a creative spark in the arts, music, fashion but still promotes hard-work .  It may prepare one for sustained spiritual growth and it will continue the theme of Saturn in Mula which means facing the negative aspects of ones personality  and  integrating and reconciling the wisdom of past lives.  Still it should lift some of the frustrated and obstructed delays and impatience that has been plaguing your life over the past few months. The challenge will be the retrograde return into the Aries section (pada 0-3.20 Sag.)  from April 28-June 20th retesting the lessons of the last two months and Saturn retrograde starting on April 6th always seems harder and fierier in beating us into learning our lessons.

Sun moves into Pisces on March 14th-April 13th and this is a low point also as the Vedic year is ending and the New Vedic Year will begin on March 27th with the New Moon and we will write an article about it. Pisces being the 12th sign of the zodiac is connected to liberation of the soul.  The symbol of the double fish is some of the Vedic scriptures is connected to Vishnu who preserves and manifests the world and takes an incarnation to instruct and guide the evolution of mankind.   The ancient form of the fish in esoteric religion  was often connected to inner wisdom and religion.  Even the word Jesus means a “fish-god” and one who instructs the world and takes one out of the deluge of the material world to a land of peace and safety. If you were born with Pisces rising or Sun, your purpose is often connected to giving life and sustenance to those around you through your family or in service to others more so than just enjoying a personal life.   Pisces, owned by Jupiter, encourages individuals to grow and prosper in the world and unfold their spiritual nature and can bring frustration to the material world if Pisces ascendent souls have not started their spiritual path.   If you are born under Pisces, you are here to benefit humanity are ambitious and never satisfied with existing conditions.

The Sun is always a bit wobbly when it transits into a new sign between 29.40-0.40 and that is happening on Tuesday so watch your digestion and health and get extra rest and not a good day to start major events.  We will write a larger article about the Sun later in the week when it goes into Saturn’s constellation of  Uttarabhadapada (Pisces 3.20-16.40) on March 18th.  This transit until March 31st will require us to focus on being generous and humble and lot go of arrogance and ego in service to humanity.

Sun is squared by Saturn on March 17th and while this is a 75% aspect, it can still be intense within 2-3 degrees and may be felt most on Saturday, March 18th and Sunday, March 19th.   It can lead to discouragement in struggling against adversity. It can create challenges with bosses and governmental authority figures so not a time to be speeding or breaking the law.  In fact, the whole transit through Saturn’s constellation March 18-31st should put you on alert around this.   You may find that bosses reject your suggestions  so be patient and avoid confrontations.   You may find ambitions thwarted so be patient. This may be also part of the last two weeks of March and will be a time to take care of your health again as Saturn will limit the Sun’s vitality so stay rested and stay on top of your immune system.  We have written articles around this before as it was an issue last month with the Sun conjunct Ketu and being eclipsed during its journey through Aquarius.

Mercury moved into Pisces on Friday, March 10th and stays there until March 27th and it is a favorable transit this time.    Usually Mercury is debilitated in Pisces which bring out nervousness, spaciness, depression, too many thoughts and being too talkative but because Jupiter is aspecting it and it will be conjunct Venus into March 18th, the debilitation is cancelled. Therefore, , its more spiritual nature, imagination, humanitarian and philosophical qualities will come out creating deep mental probing.

Still I never trust Mercury in Pisces as it can still bring out miscommunication and computer issues and James Braha is fond of saying that the cancellations of  a debilitation is like losing a limb and getting a prosthetic.  So you may starting asking your friends if Mercury is retrograde because of the energy created and it is not quite that bad but it is not as stellar as we would like to see.

While Jupiter opposition will not be exact until Friday, March 24th, there will be a Parivartana Yoga between Jupiter in Mercury’s sign of Virgo and Mercury in Jupiter’s sign of Pisces know as mutual exchange in Western Astrology.   This will bring out skilled speaking, good learning and publishing, excellent seminars, deep wisdom in business.  The conjunction to Venus into March 18th will promote charming manners, a fun-loving disposition, creative writing and poetry and music and fresh and original thinking.

The darkest part of the transit is through Uttabhadra Nakshatra (Pisces 3.20-16.40) March 13-19th where Mercury is at its lowest point of the year at 15 degrees Pisces. This brings out the   darker side of Mercury  but Venus and Jupiter are  cancelling the energy out. In this constellation, the rational intellect does not work and the mind is swamped by emotion and a sea of spirituality.  This could bring out lack of practical thinking and poor judgement.

Finally Mercury is moving toward conjunction with an exalted Venus into Saturday, March 18th and this will promote art, music and poetic expression and will promote the intellectual understanding and appreciation of beauty.  It will uplift Virgos and Geminis with the strong sense of comfort from Venus on Thursday and Friday.   It may also lead to fruitful discussions about relationships so use the energy to go deep and connect with your partner and iron out the problems.  The exact conjunction on March 18th at 8:26 am EDT is a planetary war and Venus is winning the war on Friday evening and Saturday morning so Geminis and Virgos and people with a prominent Mercury in their rising sign may need more rest. Still Venus and Mercury are good friends so I never find this planetary war very problematic.

Mercury transits into the constellation of Revati (Pisces 16.40-29.59) on Sunday, March 19th and this will lift the debilitation energy even more and Mercury will be uplifted as it moves toward the opposition with Jupiter into March 24th.

The challenge of the week is the exact trine of Rahu to Mars on Tuesday, March 14th and we have written about this. Rahu, the planet of desire and ambition is aspecting Mars the planet of action exactly on March 14th using the true node system and is within the critical three degrees of impact March 10-19th.  Luckily Mars is very strong in its own sign of Aries in the constellation of Ashwini but Rahu has been stationary/direct adding a strong influence also.

The transit creates great energy to want to act, to move forward after not progressing for a long time and can unleash huge amounts of energy but if people get in the way, it might lead to losing one’s temper easily. The key with this transit is take the energy for creative purposes and channel it to create great inventions or technological advancements but avoid being hasty or over-enthusiastic or accidents and overworking could stress the adrenals.  Health-wise, blood pressure can be increased if you do not slow down with this energy so be cautious and avoid being reckless or driving like a maniac.  March 16-19th when Mars is in Cancer Navamsha in the D-9, this reckless, wild energy could manifest more.   Calm Mars and pita with less spicy food, more coconut water and milk and more meditation. The Warrior Pose will balance Mars and allow it to stay more focused. 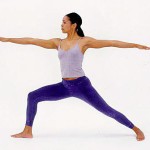 So I wanted to give you a personal invite to my new course starting Sunday, April 9th.  It is about expanding our limited perspective of how we look at charts so that we not just caught up with our natal chart which is more of our physical world but we learn how to look at our mental, emotional, soul levels, life purpose, hidden talents, and how are chart changes in time and as we move to new locations.  I think it is something that is not taught enough.   I am offering a special March price of 199.00 (March is in like a Lion) through March 10th.   I have written an article about the course and the article is attached in word if you have not read it before.