EYE ON THE SKY:  MARS INTO ASHLESHA/HYDRA

Mars  moves into the constellation of Ashlesha (Hydra, Cancer 16.40-29.59) on August 6th  and journeys through there until it goes into Leo on August 26th.  Of the 27 constellations in the zodiac, Ashlesha can stir up more emotional turmoil than many others so with two planets here, the Sun and Mars we have more trouble happening.   Watch out for  vicious communication arguments and speaking out and lashing out at people without thinking so hold your tongue and wait before your bust forth in anger.

The darker side of this constellation is that it can make Mercury and planets connected to the constellation (like the Sun and Mars in transit) impolite, tactless, unpopular, lacking in social skills, dismissive rules, lacking gratitude, depressed, reckless, isolated and lacking grace.  Putting the debilitated Mars here just can easily lead to angry tirades and arguments that get emotionally overheated.  I have been through this during the week.

If you were born with your Mars in the this constellation (Cancer 16.40-29.59), you may be able to face your demons but can easily get too reckless or impulsive with speech or get caught up in angry and vengeful thinking and blame-making so remember to see your own demons, tame them, apologize, get humble and take the Martian ego that wants to be right at all cause and will destroy a relationship just to do so.

The symbol for this intense nakshatra is the coiled serpent at the base of the spine, reflecting the potent kundalini energy that resides here. Ashlesha means the tangled one  and denotes the challenges of our addictions.  The main deities are the Nagas, the Serpent Kings. The shakti revealed here is the “power to inflict poisonous venom”. Great mystical talents and enlightenment can be experienced if the primordial energy of this lunar asterism is harnessed.

Serpents have two connotation being connected to poison and spirituality  When the constellation is operating strongly, it can bring deep mystical experience and spiritual inquiry and on the dark side it can lead to poisonous gossiping so watch you tongue as the planets transit through here as the Sun will follow (August 2-15) and Mars (August 6-25). It can tend toward gluttony and debauchery and drug use and addictive patterns.  The constellation may increase the desire for unquenchable sensual gratification so remember moderation in all things.

The Mars will  will be channeling Mercury’s energy from Leo which is a positive and Mercury moved in moving into Venus’s constellation of Purva Phalguni (Delta and Theta Leonis, Leo 13.20-26.40) on August 3rd and this will help the transit but Venus is still  connected to Ardra  until August 12th. (Betelguese, Gemini 6.40-20.00) where it will have problem with relationships and ugly arguments until August 12th.   So there is a fascinating link between Sun/Venus and Mars  happening on the mental level where the constellation impacts most.  This may bring up a tangled web of perfectionism in details that may lead to frustrated artistic creativity or too much scattered energy trying to do too much.

Aries and Scorpio and Cancer rising are most affected by Mars at the end of Cancer. Remember to get extra rest, be careful with driving and do the Warrior pose in Yoga to keep your third eye and attention alert as there is a tendency to get spaced out and get caught up in the intellectually conversations of he said/she said and it distracts you from being in the moment and getting the job done in the moment.   Use the shoulder stand to quiet Mercury whose sharp tongue and active intellect is just to crazy and over-reactive and caught up in the head the next month.   Get our Astro-Yoga videotape if you want to learn poses to support difficult planetary transits and placements in your chart and the emotional and psychological connections.

Special thanks to Komilla Sutton and my other Jyotish Gurus and to Bill Levacy for their insights on this constellation. 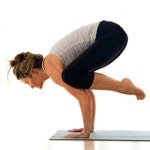 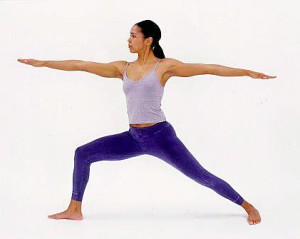