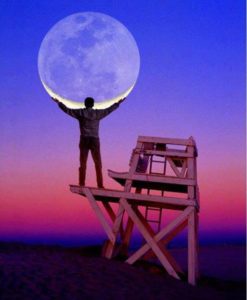 Week 5: Remedies from the Lal Katib by Gary Gomes and Case Studies

Week 6: Financial Remedies and the Secrets of Tithing by Barry Rosen

Practical Vedic and Non-Vedic Remedies for Relationship with Barry Rosen.

Power Points Included for the 9 Lessons

Pandit Sharma C.S. Samavedula is the founder of the Vedic Yagya Center. He was born in 1971 in Manindragar, Madhya Pradesh, India into a family of South Indian Brahmans.His father is Brahma Shri Samavedula Trinadha Lakshmi Narasimha Murty, a Sama Veda Pandit and an expert in Shri Vidya (Shri Vidya Upasaka – A pandit who performs Shri Vidya pujas and yagyas).Pandit Sharma is a 6th generation Sama Veda pandit and also a Shri Vidya Upasaka. He began his training in the Vedas at age 7 taught by his grandfather, the late Brahma Shri Samavedula Narayana Shastri, who was a renowned Sama Veda Pandit that received an award from the President of India. His grandfather was employed by the Tirumala Tirupati Devasthanam in Andhra Pradesh, India.When Pandit Sharma was 15, his grandfather became a professor (acharya) at Shri Sarva Raya Veda Patha Shala, a pandit training school in Andhra Pradesh, India, and Pandit Sharma was enrolled in this school to continue his Vedic education.In 1990, after 12 years of study, Pandit Sharma received his Master’s Degree in Vedic Studies (Ganapati Pandit). During this time, besides learning the Vedas, he also learned the grammar and other aspects of Sanskrit and the performance of different kinds of pujas and yagyas. In addition, he completed his secular studies through the 12th grade.From 1990 to 1991, Pandit Sharma studied the Ashta Brahmana and Grihya Sutras with the late Shri Shankar Shrauti Gal, who was a professor (acharya) at the Veda Mimansa Anusandhana Kendra school in Varanasi, Uttar Pradesh, India.From 1991 to 1995, Pandit Sharma was a professor (acharya) of Sama Veda at Maharishi Veda Vigyana Vishwa Vidya Peeth, a charitable trust that trains Vedic Pandits throughout India. From 1995 to 1997, he was a Vedic priest at the Vishnu Temple (Voice of Vedas) in Toronto, Ontario, Canada. In 1998, he was a Vedic priest at the Shiva Vishnu Temple in Cleveland, Ohio. From 1999 to 2001, he was the head Vedic priest at the Hindu Mandir of Quebec in Montreal, Quebec, Canada. In 2001, Pandit Sharma was the officiating chief priest at the Maharudra yagya in Atlanta, Georgia, which was performed by 50 Vedic Pandits.In 2002, Pandit Sharma founded the Vedic Yagya Center. Pandit Sharma has also assisted in the founding, organizing, fundraising and building of many temples in North America, including the Austin Hindu Temple, in Austin, Texas, where he served as the head Vedic priest, and the Sri Devi Mandir in Fairfield, Iowa.Pandit Sharma’s grandfather, the late Brahma Shri Samavedula Narayana Shastri, at the end of his life, told Pandit Sharma that he will be in a very good position one day, and that whenever God has given him enough, he should start a Vedic school to preserve the Vedas.