Whereas western culture delights in January New Year predictions, the Vedic New Year calendar is often run for the new Moon in March after the spring solstice for the capital city of a country. Because the New Year begins after sunrise, Vedic astrologers will assign the ruler of the day to be ruler of the year and because the new moon is after sunrise, the Sun is the ruler of the Year. The chart is cast the capital city of your country for the new mono and predictions for the New Year are made accordingly.

In the Vedic calendar there is a deity or god that governs each year and they rotate each year for 60 years and they are connected to the Jupiter and Saturn returns, and that suggests that just like last time, Jupiter was in Libra and Saturn in Sagittarius. Hence, we are going to have influence like we had in 1958 – 1959.

Here is what the Vedic texts say if you were born this year, which last was seen between March 1958 – 1959 and applies to people born between March 20, 1958 to April 7, 1959: “The native whose birth occurs in the ‘Samvatsara’ of ‘Vilamba’ is deceitful, extremely avaricious or greedy, lazy, phlegmatic (that is, his predominant humour is Phlegm), weak, fatalist and has the habit of speaking without purpose, serviceable, defeated by his wife, contented, keeps his thoughts secret, and is of restless nature.” (Note: These Vedic texts never seem kind in these descriptions. – Ed.)

In any case it would continue the theme of political greed, smoke and mirrors and the inability to plow through difficult global political problems, which is not what we need in our troubled world. Kick the budget and the tax problems down the road until our future generations are so chained with debt they will be forced to work themselves 24 hours a day 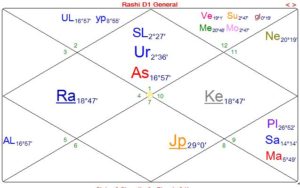 . We can look back in time and see what past Vilamba years were like.

In world history, the Spanish-America war began in April 1898 and continued into the end of the year. This was also during the 3rd year of the US Rahu period. Russia prevented Finland from becoming autonomous in February 1899 and one has think of Ukraine. The satellite Sputnik 2 (launched November 3, 1957) disintegrates during reentry from orbit in April 1958. Castro’s invasion of Havana began that year. In Lebanon, 5,000 United States Marines landed in the capital Beirut in order to protect the pro-Western government there. In 1959, at Cape Canaveral, Florida, the first successful test firing of a Titan intercontinental ballistic missile was accomplished. The Tibetan uprising erupted in Lhasa when Chinese officials attempted to arrest the Dalai Lama. Alaska and Hawaii were granted statehood during the Year of Vilamba.

If any theme emerges, it seems to be that of war and blocking of freedom for countries wanting to become independent occurred. Obviously, Korea has to be on our mind this year with Saturn in Sagittarius promoting fear from opponents and I think that the

Venezuela seems the most likely country on the map to have a  situation that could escalate this year, but I will have to look at their chart in more detail.

Chart of the Year of Vilamba for the United States
The chart for the US that day is as above for March 17, 2018: Note the ruler of the day is the Sun because the new moon occurs after Sunrise and thus Sun in the 12th house becomes the major influence for the year. The lord of the chart is Mars conjunct Saturn within 9 degrees in the war-like sign of Sagittarius and the 9th house dealing with foreign countries. All of this suggests strong desire for war.

Jupiter is retrograde and sandhi at the end of the sign in Libra and not of much help as the depositor for Sagittarius. Four planets are in the 12th house of Pisces including an exalted Venus with Rahu in the 4th house creating an unsettled feeling of peace and contentment on the year. The ruler of the Year, the Sun, is placed in the 12th house, which is the most difficult placement for the Sun suggesting that the world will not see the US in a positive light or it will become less important or it will quest after power to be seen and express itself and fail.

We should note that in the US chart, the Mars/Saturn conjunction in early April is in the US 1st house aspecting the US house of enemies and this would greatly increase fear and war tensions for that time window. Given the parallels with the Spanish – American War of 1898 in that Year of Vilamba, one has to think a war by spring seems rather ominous but is something that we do not want to put too much attention on. We wonder if Iran will be more of a target than North Korea with olive branches happening with North and South Korea around the Olympics at publication.

Will the Mars/Saturn conjunction and all the planets in the 12th house create a lot of frustration regarding foreign affairs? Seems that way but maybe the exalted Venus in the 12th can rescue the situation and prevent major problems. Will Venus have enough of a strong benefic influence to prevent war?

The Mars/Saturn conjunction is a signature for frustration. Aries wants to fight but Saturn will block. Will the rest of the world be able to block war and leave the US in a smoldering situation  At the moment this seems more a possible situation with US Trade wars but  saber-rattling between the UK and and Russia is annoying and the Military Industrial Complex seems hell-bent on starting something to enrich the pockets of the few. Unfortunately this tradition goes back to the Rothchild Family selling armaments to both sides in the French-English War of 1812.

Other country charts will have different rising signs and put the planets in different houses. For North Korea and Japan, Jupiter goes into the 1st house and creates a much better annual chart for them. Rahu plagues the European countries in the 1st and Ketu in the 7th suggesting continuing wrangling over the EU problems and this is true for the UK.

Saudi Arabia and Israel and Turkey come out Leo rising with the Sun in the 8th house, which means the country needs to set up major transformational energy but seems rather vulnerable.   The Israeli Prime Minster is wrapped in corruption scandals and may not survive.  Turkey is definitely a country that could errupt on the world horizon with war tensions and a rising dictator there and wanting to break from Nato into Russia’s arms.    Will their President survive?

Turkey and Israel seem particularly  vulnerable and India and Pakistan come out to be Virgo rising with Sun, Venus, debilitated Mercury and the Moon in the 7th house suggesting conflicts and uneasy but at least protected by the exalted Venus. 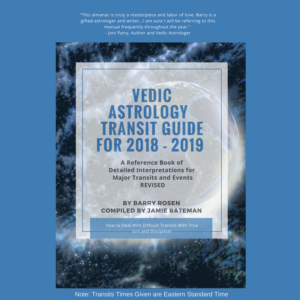 If you need help understanding your chart, view our services at https://www.appliedvedicastrology.com/category/services/ or take our new class on Nakshatras starting on Sunday, March 25 th for 10 sessions over Go to Webinar.