Jupiter and Pluto will form three conjunctions in 2020, creating an extended period from April 4th  through November 12th.   Usually Jupiter/Pluto brings an intensification of ambition and questing for power and we will see some of that April 2-6th if you are ruled by Jupiter like Pisces or Sagittarius rising or if you have a strong signature of Jupiter/Pluto in your natal chart.

Given the context of what is happening in the world, the Jupiter and Pluto will force us to look at the way we are running our world and already the government bail-outs are forcing the world government to share their resources to help the masses and poor workers represented by Saturn and Capricorn.   Jupiter, Pluto and Saturn require government to look at the world in a new way in order to solve problems and that means difficult governmental bodies like the EU with their absurd regulations and agendas around migration and immigrants and budgeting will have to do something different or the EU will not exist in a few years. I am not sure they will figure it out and seem behind the curve.    Government will be forced to deal with  with the difficulties that they are  facing which has brought the Corona Virus and draconian governmental Plutonian lock-downs.

Saturn will help balance Jupiter and Pluto’s quest for extreme power and provide maturity and responsibility to solve the world’s problems and will help it properly allocate resources for the benefit of all.   We are now in the first phase of throwing everything and the kitchen sink at the world economies to help people. Things will lift by late June and a 2nd revision will be needed at the retrograde conjunction and by November in Sagittarius on Nov. 12th, more wisdom will be available to pick up the pieces of the first rushed mistakes.

On a personal level Jupiter/Pluto conjunctions can create great and ambitious drives for success around your passion and give you the luck of Jupiter to make it happen.

With  Jupiter-Pluto conjunctions we typically expand scientific discovery so look for new scientific discoveries this year both on the microscopic and telescopic levels.  Still this is the first time since 1894 BC that Saturn/Pluto/Jupiter are together in Capricorn.  We have very little historical data for that year which was dominated by Egyptian Pharaohs. Perhaps this is the year with Jupiter/Pluto to get more ET contacts and for that whole mystery to finally be revealed. 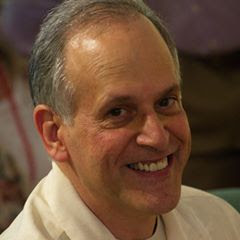 Over thirty years of experience since 1987! When is the head-wind going to end and when will the tail-wind carry me to my goals? What practical remedies can you do to make a difference? Barry has over 40 years of experience with many Western healing modalities as well as traditional Vedic ones.