The big question is when will this mass fear be over? I have done mundane Vedic astrology for 32 years and I tend to look for planetary strengths and weaknesses and what increases fear and what calms fear. Many of my fellow astrologers agree with me that we will get a quasi-return to normal in June and we have to also start looking at the economics of it. I had researched this about 2-3 weeks back and now the government is coming up with a similar timeline. Old News. In Part 2, we will look further down the way in which the government is not forecasting. A quick reminder of key astrological events:

1) Pluto is fully in sidereal Capricorn and is controlled by Saturn and feeding the irrational hysteria of the survival sign of Capricorn which governs the base chakra. This influence will not lift until June 29th when Pluto goes retrograde into Sagittarius. It will stay in Sagittarius until the end of the year and get Jupiter’s energy but then goes into Capricorn for the next 20 years and will be controlled by Saturn. I do sense that changes in the world and the government will be wild. The US will have a Pluto return in 2024 and it will be felt by 2022. Pluto returns can be an End of Empire cycle and you have to sense that the US will not be the same again if it is not transformed. In the history of the world, the Center of the world gets passed. It was last passed from London and the UK to the US after World War 2 and we have to sense that China wants it badly and may win it.

2) Saturn will get more intense in May between May 1-21st as it goes stationary/direct on May 10th and Saturn retrograde generates more fear and intensity. Retrograde Saturn continues into Sept. 28th. This can increase fear and the power of Saturn. We do think that Jupiter can calm it down with its stay in Capricorn until June 29th so it may not be as bad this year but I do find that it increases suffering and disease and it is not a great thing to get during a pandemic.

3) Mars will spend a great deal of time in Aries this year between August 17-Oct. 3rd and will be retrograde on Sept. 9th-Nov. 13th. Retrograde malefics are more powerful and Mars in Aries will want to start more wars. \It returns to Aries Dec. 24-Feb. 1st. The Saudi/ Russian feud about oil has driven it down to 20.00 a barrel and cash crude is selling at 10.38 in Texas and 4.00 in Western Canada. Major wars start when crude is below 50.00 because no one can afford these prices and many shale companies will go bankrupt and while the Saudis can hold out and also Russia for 6 years. Major wars could break out between Turkey and Syria/Russia, Iran and Saudi Arabia and Iran and Iraq. Canada’s economy is even more vulnerable than the US being so dependent on oil. While we personally welcome the end of fracking which is increasing earthquake activity and poisoning the environment, the oil industry is not going to go down without a fight.

4) Pluto squaring the Sun into April 14th will also be intense around more draconian action by the government probably centering around April 11-17th. we are experiencing the total loss of freedom and liberty with some mayor threatening jail to those who violate curfew. We are willing to put up with it now but how much social unrest will erupt if this continues? We are already seeing it in Southern Italy and people in New York threatening to blow up bridges in order to prevent contamination. Expect more social unrest through May but it will come back.

5) Mercury in Pisces April 8th-April 24th will intensify poor communications and mental worry. With everyone working from home, we do not need new internet problems. As society moves toward more school and working from home, the internet will get more overloaded but the money will not be there for 5G and that may be a good thing with health studies on 5G suggesting that it weakens the immune system and causes increased mental stress.

6) The larger influences are there with Saturn to close to Pluto in the same sign until June 29th. The whole panic about the virus and the unraveling of the stock market is most connected to this transit. Saturn conjunct Pluto is not helping either and is part of this signature as we saw Saturn/Pluto in 1981-82-83 with the AIDS panic. We had been worried about a black swan event or terrorist event but it is unfolding with the Virus. Looking forward, Pluto and Saturn stay in Capricorn together until April 29, 2022, but because of retrograde action will still be in Capricorn until January 18, 2023. Capricorn is the sign of business and infrastructure so expect that major transformations, upheavals and massive chance will continue for the next few years.

7) Ketu in Mula Nakshatra in the sign of Sagittarius (0-13.2) until September. We have written about this. Having Ketu in its own nakshatra is not favored as it will hamper psychological barriers to growth and create brain fog and Rahu is still in its own Nakshatra of Ardra until April 22nd in the true node system is creating an intense time for those born with Rahu and Ketu in their own nodes or in opposing nodes as deep karmic patterns come up to heal. There can be episodes and events that will make you feel out of control of your own destiny. With Jupiter, the dispositor of Ketu in Capricorn after March 29-June 29th, false optimism and poor judgment and bad decisions may rule and impact unexpected events and bad decision making.

The deity of Mula is Nritti, and is connected to the peak of material achievement and yet the nature of this nakshatra is very spiritual in her quest to move humanity beyond the material into the spiritual and sudden loss of material wealth is what she can do and certainly, the deep losses in the stock market and elsewhere is very connected to this transit. We had Ketu at 7 degrees Sagittarius during 9/11/2001. Ketu is not out of this constellation in the true node system until Sept 18, 2020.

ON THE POSITIVE SIDE:

1) Venus will go into Taurus for 5 months starting March 28th and this will add some comfort and make things a bit less intense.

2) Exalted Sun from April 14-May 14th may give better leadership to solve the problem and make the right decisions. It is the karaka for health and doctors and will give them more support to fight the virus.

Putting all of this together I suspect it will get worse until late May or late June and will lift a bit as we get into July but picking up the pieces will take time. We will get a bounce in the world economies from June into September but this is only a bounce and may not mean much in the big scheme of things. The major social upheaval has been unleashed and come 2021 with Pluto back in Capricorn the 2nd round of world restructuring will take place.

Use this time to be inward, comfort people, take care of your health and diet and know sometimes we all need a rest and maybe this virus has something to teach us. 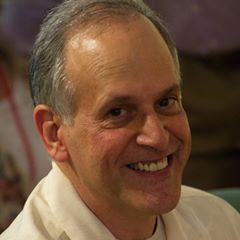 Over thirty years experience since 1987! When is the head-wind going to end and when will the tail-wind carry me to my goals? What practical remedies can you do to make a difference? Barry has over 40 years experience with many Western healing modalities as well as traditional Vedic ones.