I frequently get questions about retrograde planets and they are often misunderstood because everyone always thinks of Mercury retrograde as being universally bad and that is not true for everyone.  We have a lot of Retrograde activity happening :

Jupiter is retrograde until Sept. 12th

Saturn is retrograde until Sept. 28th

Pluto is retrograde until  Oct 5th

Neptune is retrograde until Nov. 28th.

Retrograde malefics are more problematic and stronger to cause harm and retrograde benefics often are more powerful to cause more good but it may depend on your rising sign and whether it is retrograde or not in your natal chart.

Some general things you can say about retrogrades:

Parashara indicates that a retrograde motion will reverse the effect of an exalted or debilitated planet but that is controversial. Exalted Retrograde Saturn acts debilitated– not totally true. The reality is that an exalted Saturn will still externally produce good results like good technical competence, making one clever and focused, well organized, faithful, practical and good in foreign connections but inside a person may have the debilitated qualities of Saturn including some depression, self-deprecation, fear and feeling frustrated even if outwardly things go well. There becomes a schism between the outer and inner realities.

Retrograde planet must be in the natal chart and then will manifest during retrograde transits mainly but may not show their problems when direct in transit.

Some general qualities of retrograde planets in a natal chart:

Jupiter: Creates bargain hunters and people who help the disadvantaged and weak.

Venus: Reverse sexual norms and they could become celibate, frigidity in women or some tendency toward gay/bi sexual or being at  odds with traditional marriage and partnering.

Saturn : Renunicates, monastic, self-isolating; alone; rejects others so they will not be rejected; grim, depressed.

As always there are many factors that govern judging every planet including how many benefic and malefic aspects associations there are to the retrograde planet, placement in the D-9 chart, nakshatra influences, houses involved and houses owned but these are some general guidelines.

Special thanks to Bill Levacy, James Braha and Sanjay Rath for some of their insights on this material.  See the full article in my book, Finding Your Blind Spots in Astrology available on my website under the Books Tab or on Amazon if you want a hard copy. 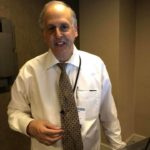