EYE ON SPIRITUALITY: BEYOND AN ASTROLOGY OF FEAR

Its getting edgy out there. Between increased COVID cases, election fraud, Chinese spies and fear of war in a divided America, its hard not to be on edge.   We are moving into the Solar Eclipse on Dec. 14th and the Sun is moving toward conjunction with Ketu and that adds to the edge. Mars and Saturn are conjunct in Aquarius Navamsha in the D9 for a bit and the moon is moving towards its darkest point at the new moon/solar eclipse into Monday. Jupiter, the planet  that gives us hope and optimism,  is also moving toward conjunction with Saturn, the grim reaper into Dec. 21st.

That means the bogeyman fear is going to get you, right? Usually we deal with fear by drowning ourselves in food, abusive substances, sexual outlets, zoning out watch TV or movies, playing video games or even escaping to meditation. Does this serve us or numb us out?

When we turn on the television, the media is ranting and feeding our fear.  The hospitals are reaching capacity?  Cases are wildly up?  Antifa is at it again in Portland and even Michigan Law Maker, Cynthia Johnson from Detroit is extolling Trump haters to make them pay.  There is a sense of something big pending and it could be unleashed after the Dec. 14th Solar Eclipse–particularly if the Supreme Court rules against the States of Michigan, Georgia, Pennsylvania and Wisconsin.

Fear is a survival mechanism that protects us. Our parents taught us to be fearful so we would not talk to strangers or go to near the fire on the stove but how useful is fear in our mature years? That mechanism is still firing but are we not really taken care of? Those storms are never quite as bad as the media says and I find snow beautiful. China  has been threatening us for years.   The world seems on edge but is it the media or the deep state the moston edge about losing their power to create war and strife in the world?  The media has been gas-lighting and brainwashing us into submission that we will never be safe to go out of the house without a vaccine or until Trump is ousted. What’s wrong with this picture?

I am very disturbed about the lost of trust in society, the fear of our neighbors and the breaking down of society.  Whitehead analyzing a classic Hollywood move, Invasion of the Body Snatchers (1956) quotes a key character’s speech in the film which rings true today:

Yet Siegel’s film delves beneath the surface to confront an even more sinister threat: the dehumanization of individuals and the horrifying possibility that humanity could become infused as part of the societal machine.

Central to the film is one key speech delivered by Bennell while hiding from the aliens:

In my practice, I see how people have allowed their humanity to drain away…only it happens slowly instead of all at once. They didn’t seem to mind…. All of us, a little bit. We harden our hearts…grow callous…only when we have to fight to stay human do we realize how precious it is.

In the 50’s when it came out it was the Communist terror, the polio scare and the fear of nuclear war. The film becomes a metaphor for the destruction of society by fear and still rings true today.

As Siegel makes clear, it is not Communists or terrorists or even viral pandemics that threaten our well-being. The real enemy is invasive governmental measures—something we now see happening across the country—and, thus, totalitarian conformity. And resistance must be against all government measures that threaten our civil liberties and against all kinds of conformity, no matter the shape, size or color of the package it comes in.   (see full article: https://www.zerohedge.com/political/whitehead-invasion-body-snatchers-psychological-warfare-disguised-pandemic-threat?fbclid=IwAR1M4MndSZ9pHpG9aA7pZMvJW9WG6WcVPB74GEfQVmdDss5brg7NHoRxxaQ

I am particularly concerned about the way governments are wanting to force vaccines on people around the world and it is medical tyranny and terrorizing us against our friend and neighbors who may infect us with the virus.  Hopefully most of you know by now that deaths have not gone up and very few people die of this virus.  And why fear death?  It is the biggest illusion if you ever watch those wonderful videos and interviews of people who died on the operating table and they were brought back and they recount very beautiful stories. (See the work of Elizabeth Kubler-Ross)

But usually the worst I imagine does not happen and the world goes on and does not fall apart and the tension into Monday’s Solar Eclipse is one of those days!!    The world will continue to exist somehow. God has a plan and even when the architect is razing a building, he knows and sees the beautiful new structure that will be created. Japan and Germany in 1945 were a mess but look what has emerged today and who would have seen that in 1945?

Look within. Is your survival mechanism misfiring too much? Is it serving you? Are you missing out on the small joys and wonders in the world? Playing with your kids or grandchildren? Enjoying the beauty of nature or art? Good politicians will come on go but will you be at peace. Having raved for 8 years at Bush/Cheney and finally realizing it was destroying my peace.   Yes, take social action to create a better world but maybe it can be more effective and real in your community by volunteering to help the poor or the elderly. That is how we pacify Saturn and fear. Make a difference by donating to charity and do volunteer work and it will have more impact than rioting. 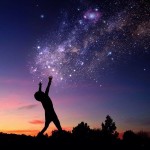 Use every day to enjoy the precious things in life: take time to hug a loved one, enjoy a wonderful cooked dish and see beyond the doom and gloom. Yes, we have problems ahead but God has a plan, bigger and brighter than we can imagine. I will leave you with some lines of a closing poem I wrote about Saturn:

The purple dragon is guarding the gate.

and yet there are no flames.

Walk courageously through his mouth

into cool waterfalls of laughter.

You are forever safe

in the loving play of the universe.

rejoicing in the infinite supply of nectar 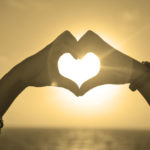