The world is still a bit in transition for a few more days. The Sun is in Sagittarius but in the early degrees called the karmic knot or Gandanta until Dec 18th where difficult energies and karmic lessons involving leadership, fatherhood, and deep soul lessons arise.  In astronomy, this is also an area called the Galactic Center which is the center of the Milky Way galaxy and is located in Mula Nakshatra (Sagittarius 0-13.20) at about 3-4 degrees.  The world is also moving toward the Winter solstice  into Monday, Dec. 21st where the end of the darkness of the year is approaching and we are also moving toward the Jupiter/Saturn conjunction into Dec. 21st.   This combination is like the bottom of the natural law cycle where unethical behavior and corruption are seeming to be triumphing \ many people around the world are forced into lock-downs ( a term used when prisoners riot in a penitentiary.  In some countries, they are starting to mandate mandatory vaccinations while social media groups like Twitter and Facebook will purge anyone who speaks out against this.  At the same time,  we are getting evidence of Congressmen on the US Intelligence Committee,  Eric Swalwell caught with a Chinese spy, and mainstream media is ignoring it.  Ironically after the election, the mainstream media is talking about the problems of Hunter Biden and his dealings with the Chinese connections even when the NY Post broke this story in late October when they got a copy of his hard-drive and emails.

Things may feel other-worldly this week as we move into the center of the universe with the Sun conjunct Mercury into Dec. 19th at the galactic center which wants the truth to come out.  And there is still plenty of controversy about the election even if the mainstream media is ignoring it and seven states have created alternative Republican electorates for the Jan. 6th vote in case the allegations around fraud can be proved.

With the lock-downs and the cold dark nights, pre-holiday depression can pop up.   Remember, the darkness has to happen before the dawn and we do sense that Dec. 21st is the first bottom and that the light will start emerging after Christmas as Jupiter moves out of losing a planetary war to Saturn.  We do worry about Pluto going back into Capricorn for the next twenty years starting on Dec. 31st as the Saturn/Pluto combination can continue to breed tyrants and dictators who want to control our freedoms.

Cultures around the world have celebrated the winter solstice  with music and meditation and rest.  The solstice is a time to rest and honor the changing electromagnetic energies and re-balancings of the planet. There is a kick of extra energy around the solstice and sometimes we think we can run that extra mile in the marathon or run to those last 2-3 stores.   Plan ahead this year.   Do not overdo it even if you are feeling pushed as this can lead to sickness and spoil the upcoming Christmas holiday and rebirth that comes with Christmas. Usually, people feel a lot of energy around the equinox and this has to stay balanced so rest and meditate a lot on Monday.

The Galactic Center, which is the center of the Milky Way is located at 3-4 degrees Sagittarius and is a powerful point which the Sun will hit on Dec. 19-20th.  For those of you not familiar with the galactic center, it is the heart of the Sun and the source of the gravitational energy present in our galaxy. In 1932, Karl Jansky, a Bell Telephone Laboratories engineer, was searching for the source of static affecting overseas telephone lines. To find the source he built the first 95 foot movable radio- telescope to detect it. Part of the static turned out to be created by the center of our Galaxy at 3 degrees of Sagittarius.  In the late 1960’s, astronomers finally honed in on the GC (Galactic Center) with radio and infrared instruments. They were astounded by the immense energies to be found there. A huge Black Hole is thought to be at the center, about the size of a large star, but containing the mass of four million suns. The staggering amount of material being drawn into the black hole radiates energy at many frequencies.

Lynn Koiner describing the energy of the Galactic Center says that it is the: ” sensitive and intuitive ray energy – it is sensitive to sound, color and vibration. It is not exactly sensitive like Neptune because the Galactic Center has an Uranus “feel” to it. When you experience a “hard” Uranus transit, it over-stimulates the Nadis and the nervous system so that you feel like your fingers are stuck in an electrical outlet.”

On the level of pure physics, there is a lot of extra electromagnetic energies that will hit your system this week and it may seem like something out of a science fiction movie as you move into hyper-drive so make sure that you take it easy, kick your feet up, take a warm bath, meditate and relax.  The world will seem like it is changing in a big way this week. 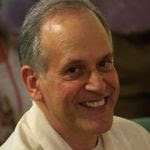 Over thirty years of experience since 1987!   When is the head-wind going to end and when will the tail-wind carry me to my goals?   What practical remedies can you do to make a difference?   Barry has over 40 years of experience with many Western healing modalities as well as traditional Vedic ones.