Mars transits into Taurus on Feb. 21st at 18:05 EST and the first few days it is a bit wobbly as it gets ready to change signs Feb. 20-22nd and this can hurt risk-taking and increase problems with aggression and certainly the global saber-rattling in potentially vulnerable areas. Mars in Taurus is charming and gets afflicted by sexual energies and may go off its dutiful path as a soldier. .  Jupiter will trine Mars from Capricorn but the exact aspect will be between Aquarius and Gemini on April 17th but the energy will be very strong and supportive during the last week of March and the first few weeks of April and this combination is great for courage, adventure, enthusiasm, dynamism, and drive. The Mars conjunction Rahu into March 25th in the Mean Node system will be supported by Jupiter and hence the usual intense violence of Mars/Rahu will be softened by the Jupiter aspect. Still, the Mars/Venus association of Mars in Taurus can bring out either fighting or passion in a relationship, and sometimes you have to just go with it. The transit promotes great relationship energy and fun and affection and loves sports and amusement. It can also promote good sales talents with persuasive and nurturing energies. As Mars gets closer to Rahu within 3 degrees March 22nd -30th, the darkest part of the energies will manifest and we will discuss in the later article.

Mars will benefit its own sign of Scorpio mostly by a 7th house aspect but this can be blind spots and all planets are weak 7 houses from their homes. Mars will hurt Sagittarius rising with a sneaky 8th house aspect but there are no planets there. The 8th house aspect to Jupiter’s sign will also increase aggression for that already bellicose sign of Sagittarius, which is the ascendant of the US, so the exact aspect of Mars to the US ascendant around March 5th may increase aggression by the US or from its enemies with Taurus being the US’s sixth house. If you are Taurus rising, you might find yourself in more heated battles in a relationship, but Venus will be still strong in Pisces March 17-April 14th but a bit weaker and more agitated due to the combustion of the Sun that goes until May 3rd with peak intensity March 15-22 and March 23-April 7th. During those times and combined with the Mars/Rahu conjunction exact on March 25th, love quarrels may turn more aggressive and violent if you have the wrong partner.

Mars does well with 3rd, 6th, 10th, and 11th house transits from the moon or the ascendant so Pisces, Sagittarius, Leos, and Cancer moons or rising will benefit most depending on what planets impact those signs. Aries will have a 2nd house transit bringing up quarrels with family and issues with moon and Scorpio rising will have a 7th house aspect so intensity with partners and business partners will be up for healing.

Mars transited into the constellation of Krittika know by the West as the Pleiades or the 7 Sisters on Feb. 16 and stays there until March 11. Mars and Sun are friends and it promotes courage and leadership and is a good transit. If the fire energy is too strong from this association it would seem working out that energy watching adventure movies would help and let’s hope the military does not get more trigger happy. When Mars moves into Taurus Feb. 21st-April 13th it will tone down some of the fire.

Mars is in the Capricorn pada 2 (Taurus 0-3.20) Feb. 22-28th and past the sandhi area or transitional juncture which is a vulnerable area (0-1 degree Taurus) by Feb. 21st. . As Mars gets stronger Feb. 22-March 11th in this constellation, strong goals, pride, and achievement will develop, strong digestive and sexual prowess will be developed, good leadership and commitment will develop. It is a good transit for getting things done and getting good action out of your teammates at work or in sports competitions.

If you were born with Mars in Krittika, you are a calm, dedicated warrior and protector but are easy to anger. You must think the hot combination of Sun in Aries, and Mars being in a constellation owned by the Sun is going to be intense for some but great for protectors of our society if they can stay balanced.

Western astronomers connect this constellation with the Pleiades or the seven sisters. The ruling planet of the constellation is the Sun with Agni, the God of Fire, as the residing deity. The shakti of this lunar mansion is ‘the power to burn away the negativity to get to the truth’. Given all the smoke and mirrors with politics and the media, this energy will be welcome. It has a stronger nature for fulfilling material desires and its symbol is a razor that cuts through the “bull” to get through to the truth. The constellation allows one to go through extreme purification and get through blocks on the path.

The more difficult part of the transit in Taurus is in Rohini (Taurus 10.00-23.20) March 11-April 2nd known as Aldebaran by Western astronomers) and it is owned by the moon. Mars will transit through this section of the sky and it will bring up struggles with security issues, passions, getting caught up in luxuries, or bodybuilding and these may weaken the warrior energy of Mars who is built for service and protection. If you are Aries or Scorpio rising, you have to curb your sensual and addictive tendencies or lose some strength. As it moves toward conjunction with Rahu into March 25th at 19 degrees Taurus, we should see violent flare-ups and explosions in troubled parts of the world.

Rahu, the planet of desire and ambition will be conjunct Mars the planet of action exactly on March 25th in the mean node system and March 26th in the true node system. When they are within 3 degrees of each other March 22-30. Because Rohini is connected to a very sensitive part of the world zodiac, this conjunction is particularly troubling for world politics, wars, and violence. When Saturn was in Rohini in 2001, we had the events of 9/11. Expect some global explosion of war or violence to flare up.

On a personal level, the transit creates great energy to want to act, to move forward after not progressing for a long time, and can unleash huge amounts of energy but if people get in the way, it might lead to losing one’s temper easily. The key with this transit is to take the energy for creative purposes and channel it to create great inventions or technological advancements but avoid being hasty or over-enthusiastic or accidents and overworking could stress the adrenals. Health-wise, blood pressure can be increased if you do not slow down with this energy so be cautious and avoid being reckless or driving like a maniac. Calm Mars and pita with less spicy food, more coconut water and milk, and more meditation. The Warrior Pose will balance Mars and allow it to stay more focused. 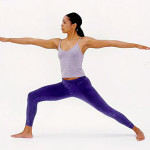 Since Rahu acts like Saturn and is an enemy of Mars, this aspect can be intense and difficult. It will promote outward courage but the Vata/air element of Rahu may promote inner fear. The tendency may be to lash out recklessly so be cautious. If you have this aspect in your natal chart, it may promote good achievement with career, athleticism, and adventure but avoid recklessness and watch rash tempers that might lead to violence.

On a mundane level, this aspect may lead to more political craziness than usual as Mars is about leadership and power and Rahu may drive politicians out of control to make rash decisions.

On a spiritual level, Rahu/Mars can foster the courage to move through difficult spiritual challenges as is clear in the chart of Mahatma Gandhi, a great freedom fighter. We have to think that the protesters in the US and the rest of the world are going to get stirred up by this aspect and get a bit wilder and lead toward Jupiter going into Aquarius on April 5th and support lashing out against totalitarian rule and power control trips. Jupiter’s aspect to the Mars/Rahu conjunct will smooth the ride and bring wisdom for positive transformation.

Mars goes into the constellation of Mrigashira April 3-24th (Taurus 23.20-Gemini 6.40) and this is its own star and known as Orion by Western astronomers and this part of the sky should be stronger. Spiritual questing and the more gentle nature of the symbolic deer will unfold. We will write more about this in April.

Need a Consultation to get through difficult decisions, issues around life purpose, moving, relationships, or changing careers? We are booked for a few weeks but our March calendar is clear. 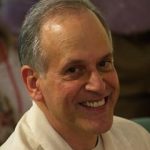