NODES ON THE EDGE: RAHU AND KETU CHANGING SIGNS IN MARCH/APRIL

The real party poopers for  March/April are the nodes that change signs on March 16th in the true node system with Rahu moving from Taurus into Aries and Ketu moving from Scorpio into Libra.   They are considered sandhi or in early or late degrees March 2nd-April 20th.   We will be writing you about their impact over the coming weeks.   The real problem is the transition zone.

Because the nodes govern the subconscious they seem to bring up eerie views of the subconscious mind.  I remember when this happened before, when the Moon went into Rahu or Ketu nakshatras, I would drift from futuristic dreams from my sleep, replaying alternative scenarios of an altercation and being stuck in the past and fantasizing the future on a deep and subtle level of the mind.   It reminded me of my article on Alternative Universes which I will repeat for you.

Rahu when afflicted by being sandhi  (March 2-April 20th) or on the edge can be more anxious or paranoid, feels constrained by forces beyond his control, victimized by overpowering forces, may have more nightmares or difficult dreams, or be a bit manic-depressive. If you have your Sun or Moon 29-1  degree of the water signs/air sign juncture in your natal chart  or if you are Aquarius rising which is co-ruled by Rahu or if you are in a Rahu period or a Dasha period where Rahu is the nakshatra lord. It could also lead to emptiness leading toward addictive patterns, frustration, sorrow, dejection, psychological intensity, and mental anguish.

Ketu on the edge 1.30  degree Scorpio to 28.30  Libra a  (March 2- April 20th ) can have a strong desire to change directions in life, wants to give up material attachment, feels disillusioned, has difficult emotional knots to unravel, feels unsettled and his emotional distortions may tend toward self-isolation. may feel stuck in the past with regrets. If you are in a Ketu period, ruled by Scorpio, or have the Sun or the Moon or key planets at 0-1 Scorpio or 29 degrees Libra, you may intensely feel this energy then.

When the nodes change into a new sign, the impact of the transit is immediate as new houses and issues suddenly come up on the exact day of the transit.   The key date in the true node system is March 16th and in the mean node system, it is April 16th.  There is a huge debate between Jyotish scholars about whether to use True Nodes or Mean Nodes.   My Jyostish teachers tend to go with tradition and mean nodes whereas scholars like Marc Boney, who have studied people’s charts on the edge, have found that True Nodes are more accurate for prediction. I have always gone with true nodes in transit.

How will the nodes changing signs impact your life?   Look for further articles on our blog or contact us for a consultation.   To quickly summarize,

Rahu wants adventure and creativity and individual power and Rahu and Mars are fearless in this conquest. Hence athletic prowess and competition will be enhanced. There is an increase in desire for adventure, bravery and thrills, and excitement, and a deep quest for freedom as Rahu and Mars are conjunct Uranus on August 1st. The darker part of Aries can emerge and one has to watch out for being stubborn, selfish, and unwilling to compromise.   Given the tensions in the world around wars with China and Russia around Ukraine and Taiwan, we have to worry that Rahu in Aries will trigger military adventurism.

KETU IN LIBRA: Libra the sign of relationship does not do well with Ketu as Ketu desires to meditate, be alone, and find moksha.  Ketu is out of balance in Libra as there is a desire for relationships and also a strong desire to reject and leave them.  There may be too many revolving door new relationships as one acts too impulsively and does not give them time to develop.   The Aries/Libra axis brings up a strong co-dependency axis where we attract exciting partners and out of control partners and we tend to support them in their misbehavior rather than asserting our needs.   This axis teaches the need to be in your power and assert your needs in relation and not to become a doormat.  Libra rising will particularly have lessons around this.

We are writing a long article about Ketu in Libra and will report in later weeks. 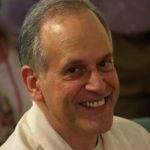