EYE ON THE SKY: MAJOR EVENTS THIS WEEK MAY SEEM LIFE-CHANGING

The astrology for the next week is rather complex because we are moving into the Solar eclipse conjunct Mercury but there are also a lot of outer planetary aspects which should create a lot of complexity for the world. Mars is also moving toward the end of Pisces and will transit into Aries on March 2nd and Venus goes retrograde on Saturday, March 4th.

Sunday starts out with the solar eclipse at 9 degrees Aquarius and we have written about this the past week.  Good Sunday to lay low, do lots of meditation and yoga, fast, do light household work and stay rested.   See our previous posts on Sun conjunct Ketu and Mercury in Aquarius for more details around the karmic implications. As always know that the planets are playing tricks on the mind and bringing up old emotions and thoughts that are not useful to who you are in the present moment so do not buy into them or beat yourself up.  You can dismiss them and tell them to go.

Mars is conjunct Uranus at around 28 degrees Pisces in the gandanta area of the zodiac which is very karmic zone anyways. No other transit can create more sudden upsets, rash behavior or surprising incidents and energy can burst out in all kinds of unexpected ways. It is a transit of rebellion and one can lash out at those that try to limit our expression and create impulsive behavior.  Avoid being careless or rash as it could lead to accidents. Avoid working with dangerous tools particularly if you are feeling angry and drive carefully and avoid arguments in the car and pullover if they start. The positive side of this energy is that it may inspire positive and innovative action to create new inventions.   If you are positively motivated to act and create, let it flow.   For the planet, this signature can lead to volcanic or earthquake activity or some violence.  If you are Aries rising or Scorpio rising and ruled by Mars, be cautious and avoid risk.  Libra, Leo risings may have particular difficulty with this transit as these are 6 and 8th house transits and can bring up more karma or if you are running a Mars period and it is particularly malefic.  Mars is a fire planet and can be calmed with pitta pacifying diets so avoid spicy foods and drink more coconut water and milk if you fire element is out of control.  Exercise and sports are  a positive way to release this energy but do it more lightly.

Mars will transit through the gandanta or karmic knot  (Pisces 29.12-Aries 0.48) March 1-3rd  and this transit particularly if you are Aries or Scorpio rising or Mars is your Atmakaraka (planet with highest number of degrees in the chart) will mark the beginning of a chapter for your soul and the start of a new chapter.  There may be a lot of past life impressions coming up which create confusion as you move into a new stage and seek to understand  of growth so be easy on yourself.  Mars changing signs may create low energy for some people  Feb. 28-March 4th so stay more rested  and do not overdo it.  Anger could come up strongly so find healthy ways to release it.   We will have a full article about Mars in Aries later in the week but planets like to move into their own signs and it will create a strong impetus to forge ahead with new action and energy by the time we get to Friday of this week.

Mars will be opposing Jupiter between Pisces and Virgo exactly into Monday, Feb. 27th creating great courage and wisdom to do humanitarian action for Aries and Scorpio rising people but Jupiter can be a bit afflicted leading to problems with finances for Pisces or Sag. rising so make wise decisions about finances.

Sun is conjunct  Neptune at 9:45 pm EST in Aquarius on March 1st.  This transit will promote humanitarian action to help others and increase intuitive capabilities for Leo rising or with a dominant Sun in their chart.  With the Sun afflicted by Ketu and the eclipse, the darker side of this transit may come out with a feeling psychological weariness which could lead to day-dreaming or inability to cope with the world.  It may increase allergies and negative reactions to drugs or herbs.   Avoid checking out by indulging in bad habits.  The tree pose in yoga will increase the solar energy  and will be a good one to focus on this week. 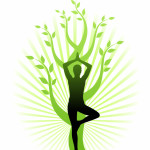 In general it always promotes and brings in vital solar energy into the crown chakra and can help rebalance the afflicted sun from this week.   I find the financial markets get very speculative with Sun/Neptune energy but that can also lead to quick deflation as the reality of the situation hits.  With Trump speaking on Tuesday night to Congress, expect the markets to react wildly to the upside by early Wednesday and the probably give it back later in the week.

Jupiter opposes Uranus  on March 2nd repeating that exact aspect from Dec. 26th except Jupiter is retrograde and less powerful now.  Jupiter/Uranus   could manifest or   create some unexpected boon in your life it if it hitting a key degree in your chart or impacting the 2nd or 5th or 9th or 11th houses for Leos, Scorpios, Aquarians and Taurus rising fixed signs.  Other rising signs may get unwelcome surprises and may want to sever relationships.  Its impact will be strong this week on Thursday ruled by Jupiter but it has been having an impact the last few weeks and will do for the next few weeks and will impact Pisces and Sagittarius rising most and also Virgos.   There may be a tendency to want to break from a limiting circumstance such as a person, a job or a way of life and this could create a break-though in your life and not continuing to make the mistakes you have made in the past.   Think carefully about these major decisions so you are not throwing out useful and practical things in your life in order to move toward more freedom so make your decisions carefully. The clouds of Mercury/Ketu and the eclipse energy and Sun/Neptune will create a lot of fogs for clear thinking.  The desire to change will be strong but be practical.

Finally Venus turns retrograde on Saturday, March 4th and stays retrograde until April 15th. This will be a time to revalute relationships.  Venus is very powerful as it becomes stationary so this Friday, March 3rd will be a powerful time for artistic creation, beauty, fun and deep connections.   We will write a whole article on it later in the week.

Our life is rather busy now with our financial business and teaching classes but if you need help, I still have a few slots for readings in March.  View our  services at https://www.appliedvedicastrology.com/category/services/  and hit the Request tab to fill out a form for an interview.  Here to serve and help and that is my primary purpose in writing these article.  Have a great week! 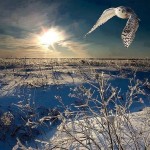