Of the course of twenty five years, I have learned and experienced the power of the outer planets and would call myself a “neovedic” astrologer.  This  week we have Pluto aspects peaking with Jupiter squaring Pluto exactly on Thursday Nov. 24th and Venus conjunct Pluto on Nov. 25th  The Venus transit is short-lived but the Jupiter square has a longer period of processing.  So let’s understand Pluto a bit more. Pluto is about power, transformation, unconscious patterns and death of old patterns.

“The discovery of Pluto in 1930 by astronomer Percival Lowell reflected the beginning of a new era of powerful dictators such as Hitler and Stalin and the exploration of nuclear energy leading to the development of the atomic bomb. Pluto themes of trans formative as well as destructive power would pervade the events of the 1930’s and the decades to come. At the time of this writing, the bombing of the World Trade Center and the Pentagon occurred reflecting the challenging Pluto/Saturn opposition of 2001/2002. In mythology Pluto, the god of the underworld was also called Hades which means “invisible” or “to make invisible”. The origins of Vedic astrology credited to the great sage Maharishi Parasara occurred at least several thousand years before Pluto and the other outer planets were “visible” to astronomers.”

He goes onto say that Pluto is probably connected to Lord Yama:

“ In Hindu mythology, Yama is the god of death and agent of Lord Shiva. Yama means “the binder, restrainer” who keeps mankind in check. … He is a deity that demands sacrifice and discipline. He decides which actions of humans bear or do not bear fruit. Yama then judges the dead whom his messengers drag before his throne. His aide, Chitragupta catalogues the karma of all human beings and replays the major life events helping the soul realize its life’s work.” See: http://dennisharness.com/plutoneovedic.html

Even though the Election is over, Pluto’s influence brings about strong power struggles as we are experiencing now. Pluto rules over hidden agendas and often revenge. All the tension is a manifestation of this aspect.  It will take time to sort through the huge social issues involved.  The aspect continues through August 2017 due to retrogrades of both planets.

What is happening.  The shadow of racism and feminism and economic inequality is coming up from the depths of the subconscious to be healed.  The shadow is becoming conscious and luckily the Divine grace of Jupiter is there to help heal it—it is no longer repressed.  Do we learn to move peaceful through these issues and work together to solve them or do we utilize the dark and more destructive energy of Pluto to rage and riot?   Its an issue that will be with us through at least next August.

On a personal level, this aspect is creating ambition in your life to complete big unfinished projects and this influence will last a long time with the two degree orb intense until the middle of December and then returning in April with the retrogrades and then finally completing the first few weeks of August.  Use the energy to make major transformations in your life with unfinished business.  The energy is there if you let it empower you. I finally finished a newsletter today that I have been trying to complete for the last month.

The aspect is happening between the dual signs of Jupiter in Virgo and Pluto in Sagittarius.  It will affect career and relationships most strongly for the dual signs of Gemini, Pisces, Virgo and Sagittarius. This aspect and bring up karmic issues involving relationship, family and business partners and money depending on what houses it is hitting for you between Virgo and Sagittarius. So if you are Gemini rising, the 4th and 7th house would be involved and it would bring up issues around real estate partnerships.   There can be power struggles and intensity but something good can happen.  Pisces and Virgo rising may have more issues around business partnerships arising where Gemini and Sag rising will have more issues around personal relationship based on the dual signs involved.

This square  is impacting the US which is Sagittarius rising at 5 degrees in the Sidereal zodiac and the aspect is  between the 10th house of presidency and the first house of national identity. With the longer term impact of this aspect, we will not see a resolution until Jupiter goes into Libra in Sept. 2017.   The tensions between the people and their president is quite intense and will not lift quickly.

The Jupiter/Pluto Square can create blockages and restrictions. You might feel this particularly from employers with the Sun/Saturn conjunction coming on into Dec. 10th or it may come from the government if you are dealing with tax or legal issues.

There will be a dance around relationships particularly with Venus conjunct Pluto on Friday, Nov. 25th and squared by Jupiter.  Watch our for power struggles. I find that Libra and Taurus rising signs have real difficult with Pluto conjunctions with angry flare-ups coming out of no where if personal power is blocked. Not a good time to try controlling your spouse or force them in any way.   Do not use guilt or jealousy to control your partner or it may blow up in your face.  This transit could bring an infatuation with a new partner into your life particularly if you are Sagittarius or Gemini rising but it may be fantasy and based on unconscious drives that have no basis in reality.

If Pluto is connected to your 10th house for Pisces rising then you may particularly feel misuse of power by supervisors, problems with new managers, inflated egos in the workplace, setbacks at work, feeling stuck at work or moving forward in your career, or people taking advantage of you. This them could continue for the next 9 months if you are during a 10th house dasha or lord of the 10th.

To work through these issues, look for a new job, accept the situation, choose your battles wisely or use your creativity to by-pass the issues.  If you are noticing problems with your partner this weekend, avoid jumping to conclusions, getting into power-struggles around who is right, digging into old wounds in your relationship or expecting too much from your partner.  Listen, be patient, avoid lashing out with anger, stay emotionally connected and give space when needed.

The good news is that this weekend, we have the blessings of Jupiter with its exact aspect to Pluto supporting growth in tackling these issues.  Use its wisdom to sort out the situation, stay open-minded and do not fight.  Stay open to new opinions and alternative views as there are always two sides.

Pluto is the planet of transformation.  Use these challenges to take difficult situations at work and with relationships to new levels of growth and happiness. If it does not happen into the end of November, then you will get another chance in April with the retrograde and a final pass to get it right in early August 2017.

If you need help understanding your own personal life and chart and transits at this difficult juncture, sign up for a reading by hitting the request button at https://www.appliedvedicastrology.com/reading-information-submission/

Or consider our new class on timing for your personal life at : https://www.appliedvedicastrology.com/products…/timing-your-life/

Black Friday special on our course now only 99.00 through Nov. 30th. 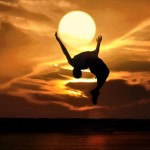